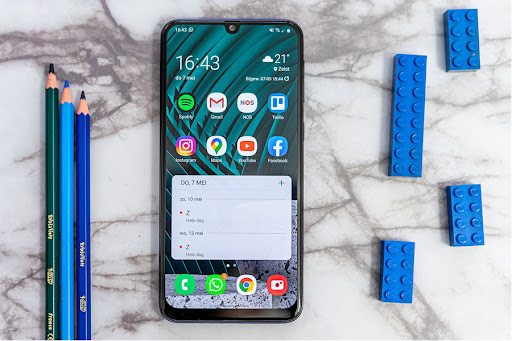 Android is an intuitive operating system, but like other software, it also turns problematic over time. Some of the common Android issues are easy to fix; whatever mobile phone you are using, you can resolve some of these problems by yourself.

Not being able to view the Play Store doesn’t mean that you have deleted the most important app on your computer.

In fact, you cannot delete the Play Store from your mobile unless you have rooted your phone and downloaded a third-party app to remove default apps. The chances are that you have disabled it accidentally.

Disabling the Play Store by mistake is probably a common issue, as you might have done it while playing a game or exploring an app installed on your mobile. If this happens, you won’t be able to download any app on the device.

Not only on Android, but this problem can occur on any other digital device such as iPhone or MacBook. So if you wonder why cant i connect to the app store, make sure to enable it first to be able to use it to download apps and games on your mobile.

One of the most common issues is the faster draining battery of your mobile even when you are not using any high-end apps. That’s probably because the technology advances by the day, but the battery has remained the same over the years.

Some latest batteries are compact in size, but they offer larger functionality as they integrate more efficient processing units. A couple of things can help your phone’s battery last longer, as listed herein:

When it comes to downloading issues, there are a number of reasons you need to take into consideration. Most of the time, the internet connection is responsible for slow downloads, so you need to check out if the WiFi is working properly.

In some cases, it is not the device that is at fault, but the version of the app you are trying to install is not supported by the device. Sometimes, failed downloads are the result of an outdated operating system, so your phone might need an update.

Check if a Google Play Store update is available; if yes, install it instantly on your mobile to fix the issue and download apps normally. Alternatively, check if any app has become outmoded and interfering with the download procedure. If no updates are available, install the app, reboot your phone, and install the app again to fix the persisting issue.

Sometimes, the mobile phone turns off by itself all of a sudden. In that case, it might be the uncharged battery or a hardware breakdown that is resulting in an abrupt shutdown. Try to press the power button and check if the phone turns on; if it doesn’t, plug the charger and wait for a few minutes.

If the phone fails to turn on despite charging, press down the power button along with the volume down key. When the device is in the active state, this key combination allows you to take a screenshot while it opens some boot options when the device is powered off.

If nothing happens, search the web for booting the device in recovery mode by providing your phone model and other relevant details. Follow the steps carefully if you find any helpful information, else you may end up losing data.

When a mobile phone turns older, it starts to perform sluggishly, which affects the overall functionality. Usually, Android operating system versions turn slower over time, so check if any official support is available.

If you have too many files such as videos and photos stored on the internal memory or SD card for no reason. The large volume of files stored on the drive hampers its performance, and you experience slowdowns.

Move them to your computer and then transfer data to an external drive. To fix any USB-related issues on your computer, you may need to update Samsung drivers.

In addition, close apps and programs properly after having used them and delete stuff that is no longer required. The apps that remain open in the background consume RAM and CPU power, resulting in slowdowns.

Fixing Android issues is easy; you need to understand the root problem to resolve it. If anything weird happens to your mobile, make sure to back up data before the device runs into severe booting issues.