Instagram has officially launched a new feature, that will allow the users to share posts on their stories as a sticker either directly from their own account or from the public account of another person. This feature has been rolled out on Thursday, May 17 for Android while it will be available for iOS users in the next week.

This feature was confirmed by Instagram earlier this year and was reportedly in the testing stage. This feature has been introduced to allow the users to provide comments and feedback to a post in a way that it should not be considered as their own. The features permit its users to add their comments on the top of the post or you can even tag your friends on any post that you like.

The concept of tagging has been very popular among the users of social media. Previously users were able to share posts with others via Direct Messaging on Instagram. You can get an idea about the popularity of the tagging features that it even forced the developers to introduce this new feature i.e resharing. You can even disable this feature from the app settings if you are a public account holder and you don’t want their posts to be reshared.

How to use the Feature?

To share the stories with your friends and family you just need to tap the paper plane icon that appears on the top of your feed. This is the same icon that you have been using to share posts via Instagram Direct, now you will also see an additional second option to create a story. You can share the resize, rearrange and add a customizable background on the post and the posts will be shared as a sticker to stories. You can even scale, move or rotate the sticker or you can add your own comments on the sticker that is being shared.

Some of the public account holders who want to drive traffic to their accounts can design such a content that would support this new sharing feature. With the introduction of this new feature will help the platform to give a tough competition to its competitor “Snapchat”, who is the original creator of the story feature. 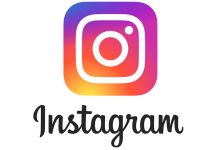